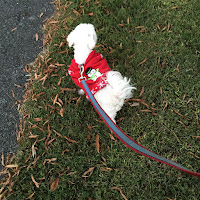 I walk my dog, Ziggy, all over now since he doesn't have that Plant City backyard, I downsized and Ziggy and I live in my new apartment. In the morning and late afternoon walks we meet people and sometimes other dogs being walked in my new city of Huntsville, Alabama.

I had been hearing sermons on being there for my world. And so it was outside my apartment that I met "Billy and Kelly" (not their real names). They were intrigued by my dog and stopped to talk with me. Since they were obviously young, I rapped for them—my fun "Boredom Games" rap that is now on YouTube. It was Saturday and I invited them to my church here in Huntsville the next day. Only they weren't ready and took a rain check.

In the meanwhile life happened and Kelly had to go to the hospital to have her kidney stones removed.  Billy’s mom had their baby born in June while she was hospitalized. When no one would come to the Huntsville hospital to pick her up so she could be with Billy and their baby, Kelly had a melt-down. She was sent to a psyche ward in Anniston. Billy's mother had their car because she was making payments on that car and helping Billy pay the rent and the car payment while he was looking for work. She lived about an hour away in Athens. Resourceful while Kelly was in the hospital, Billy walked and found a job in a restaurant; he has to walk 45 minutes to the job and back and still does.

I didn’t hear from them for a while. After about ten days Kelly was ready to be picked up and Billy texted me to tell me what had happened and why she was in an Anniston, Alabama hospital several hours away. Billy said he was looking for a way to get there to pick her up. His mother wouldn’t do that.

I could do that, I said. It was fall break here and I didn’t have substitute jobs all week. That next day Tuesday, Oct. 6th, Billy got off work and we headed south for several hours to Anniston. Beautiful rolling hills and small towns kept me entertained and I got to know Billy and his family more. Billy and Kelly appeared to be Christians struggling to make ends meet and hoping to get married and raise their son together. I commend them for not getting an abortion and staying together.  See my rap lyrics from a year ago for “While You’re Still One” on this blog. (That rap is not on YouTube yet.  Alabama is a pro-life state and the high school students here like, but I was informed last year at one high school in Florida, to not say that rap.)

I parked outside the hospital while Billy went into the Anniston hospital. I heard that Kelly jumped into his arms and also did the “happy dance”. She was free from the depressing psyche ward and rescued by her boyfriend and myself whom she decided to call “Mimi”, short for grandma. We ate at KFC on the way home. Kelly had me sneak some chicken in my large purse before we left and it occurred to me how really poor these seemingly happy young parents were. 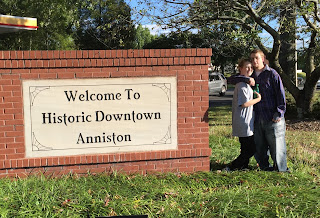 Two days later the grandma, Billy’s mother, informed them that the DHR was involved and they wouldn’t be able to get their baby back.That next day, Friday, while Billy was working, Kelly and I went to the sheriff’s office near the grandma’s Athens home. It was the end of the day and they couldn’t verify the status of the child with DHR. Saturday I washed weeks of their laundry that I folded and brought them Sunday morning. The three of us went to my church; they each went to Sunday School and sat by me in church.

Monday after my morning class at church on spiritual warfare (little did I know how much spiritual warfare would be involved as this story unfolded), Billy, Kelly and I went back to the sheriff’s office. I knew many new friends at the church were praying for this couple, including people in that spiritual warfare class. Monday was Columbus Day. The DHR office was not open on Columbus Day and for the second time the officers took no action, even suggesting the couple get a lawyer.

The next day, Tuesday October 13, while I substituted in public school and Billy worked, Kelly took a bus to the DHR office in Huntsville and found out that the case was open, no lawyer was needed and they could get their son. Meanwhile Kelly picked up a house cleaning job for a senior lady who said she could bring her baby to the job. At this time I felt this couple would make it and just needed not a handout, but a “hand up”.

Their immaturity crept into the conversation and yet I was hopeful. For example, twenty-five year old Billy wanted an iPhone and kept talking about cars, not about Kelly and the baby. When the iPhone came in the mail, he sent Kelly a text about getting an Otter Box for his precious new iPhone with his first week’s pay. Now there were more important things needed in my opinion and Kelly thought so also. The next day out of the blue Billy was given an Otter Box by someone who lived at their apartment house. Nineteen year old Kelly talked about Billy and the baby and was under a lot of stress, but seemed to be coping and to be more realistic than Billy. I wondered how sincere Billy was and kept trying to counsel both of them.

Wednesday, October 14, after her housekeeping job, while Billy worked, I drove Kelly back to that sheriff’s office. It took some time for the story to be confirmed by DHR, but the officer drove with us to the house in the country where the infant was. Kelly and I waited in my car in the country outside that grandmother's house. The SUV co-owned by Billy and his mother was in the driveway. Finally the sheriff’s deputy came out with the diaper bag.  That lady had produced no document that she was in fact to have custody of her grandson. After some time the deputy delivered the baby in the infant car seat. Kelly and baby were reunited in my back seat. The baby happily sucked on his mother’s finger when he wasn’t sleeping while we drove back to Huntsville. Billy had walked 45 minutes home from his job. 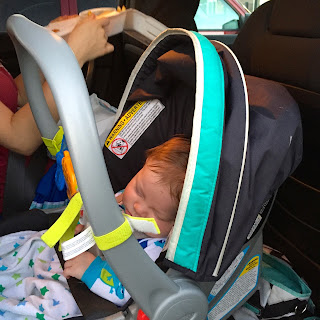 Kelly is on Facebook and apparently the grandmother sent her a message that night: “What the [swear word] do you think you are doing!” Kelly blocked her then.

Thursday after my sub job I texted Billy who was on a bus with Kelly and the baby after his work. They were going to Social Security to have a benefit transferred to Billy’s address from his mother’s address. It was about 5 pm that I picked them up so they wouldn’t have to take a bus back to their apartment. I felt that this Social Security check that I understood to be from his late father was good news that there would be more income. This happened to be the last day I saw them recently. I let them know that I would be busy Friday with a morning sub job and entertaining my family that night, but looked forward to going to church with them on Sunday.

Kelly’s cell phone needed a new battery, and so I texted Billy to ask where they were on Saturday. No answer. I went by their apartment. No one was home. No one was home Sunday morning also when I was scheduled to take the three of them including the baby to church.

During my times driving them around this past two weeks I aggressively counseled this young couple. I shared Scripture about perseverance and bearing their own burdens; we talked about a wedding. They prayed with me at times and also said that they had been reading Scripture.  I had un-friended Billy because of his questionable posts on Facebook and told him that when he cleaned up his act I would be his Facebook friend again and also that I preferred his real name to a pseudonym. His explanation for the pseudonym is that at one point he sold prescription meds when he was younger and didn’t want people to contact him. I was glad that he didn’t sell drugs anymore, but still concerned about his maturity and character.

Sunday night I got a clue as to what was happening when Kelly updated her Facebook photo. There is a conversation below that updated photo. Kelly writes, “[Billy] kicked me to the curb and is trying to take [the baby].”

Someone writes: “This is moma I will help u always and I will never leave u again.’
Kelly writes: “I know I love you momma.”
Further Facebook conversation indicates that someone else went to get Kelly (and the possibly the baby) so she wouldn’t be out on the street. It is cold now.


I have no idea where all three are now, but “Mimi’s” heart is broken and so is Kelly’s. Please pray for the baby who one day may want to know what happened to his real parents.
Posted by Carol Noren Johnson at 5:51 PM 5 comments