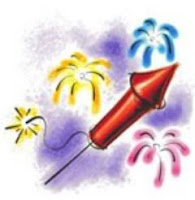 There is a Southern tradition to have greens and black-eyed peas on New Year's Day. During the war between the northern and southern states well over a hundred years ago, the Union officers would raid homes and take the food they wanted, so the story goes, and leave "worthless" food such black-eyed peas and collard greens. Since then a New Year's meal with black-eyed peas represents coins and the greens represent dollars--prosperity wished for the new year, and remembrance of that war.

So to all who read this blog, happy 2010 and here are my adapted recipes for January 1, 2011. I put coconut oil in the recipes.


Cook bacon until crispy. Remove and drain on paper towels. Crumble and reserve. Add coconut oil, seasoning and onions to bacon drippings and heat until onions are softened. Stir in chicken stock and vinegar. Add greens and mix, stir-frying until the leaves are coated. Cover and cook until the leaves are wilted. Top with crumbled bacon and chopped nuts.


*Note: you can use collards, arugula or endive instead of mustard greens. My husband doesn't like collards and I'm not quite used to them.
Posted by Carol Noren Johnson at 5:43 PM 1 comments

Husband Gets the Global Navigational System

Friday--GNS is programmed for hubby. When he leaves the house, he says "Okay, where am I going again?" He calls on the way and asks what is he doing?


He comes back to the house and we try it again. It works this time! He makes it to downtown Plant City and home again quite proud of himself. He loves this device. We call the lady who speaks on the GNS "Miss Garmin".
Monday, three days later. I will be gone all day and not able to media mail a book at the post office. I arrange for him to do this. He had forgotten when I called at noon. He is able to make it to the post office and back home. This time he only has to call my cell once.
Tuesday. The lawn repair shop calls while I am gone. It is complicated to get there and back. My sweetheart hitches up the trailer and uses "Miss Garmin" to go get it and return home. I call him during the day and he doesn't mention that he has retrieved the riding lawn mower. When I return home the front lawn has been mowed!
Posted by Carol Noren Johnson at 8:40 AM 2 comments